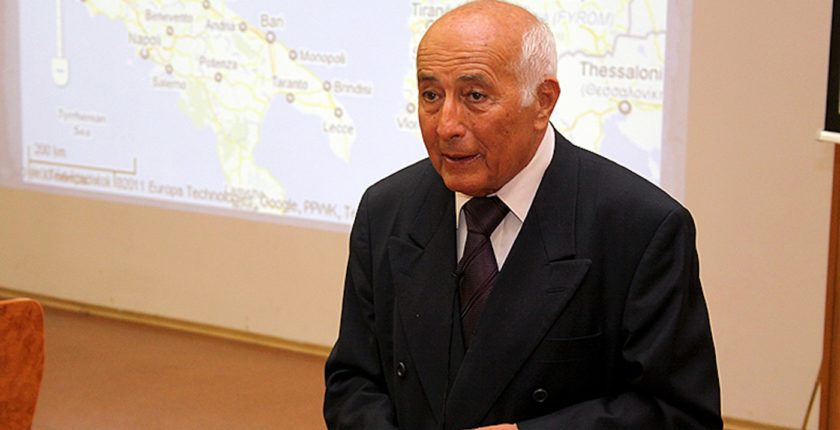 The EUPSA former President (2005-2007) Prof. Andrew Pinter passed away Sunday night in Hungary. He was a Professor Emeritus of Pediatric Surgery at Pécs University.

The EUPSA was first to announce it.

We present here the eulogy from Attila at the remembrance ceremony for Andrew Pinter. The words come from Prof. Attila M Vastyan, but they represent the feeling of the WOFAPS exec, and indeed, all who had the pleasure of knowing Dr Pinter. More obituaries can be found on Genealogy Bank and similar sites for those interested in reading more about Dr Pinter and his family.

It is my sad duty to say farewell to Andrew Pinter on behalf of the leaders and members of the
Hungarian Association of Paediatric Surgeons (HAPS), members of the Department of
Paediatrics in Pécs, and in the name of the national and international paediatric community.
The Hungarian Association of Paediatric Surgeons was established in 1979 and became a
separate society within the surgical field. Andrew Pinter, a young doctor at the time, was
amongst the founding fathers and he took a major part in the establishment of the society.
Many of us present still remember those times.

If only this achievement would stand under the name of Andrew Pinter, it would still be
greatly honoured by Hungarian paediatricians. However, fortunately, it was only the
beginning. The beginning of an extraordinary professional and human career that closely
intertwined with the development of Hungarian, and later international, paediatric surgery.
It would take a long time to give unravel every detail in this highly successful career. Instead
of, or besides, the biographical data you read in the “official” obituary, allow me to share
some, sometimes personal, thoughts with you.

Andrew Pinter was an austere man, who valued traditions greatly. The Paediatric Clinic in
Pécs was his first and last place to work.

During the beginning of his career, many mentors supported him:

He learnt the unconditional love and respect towards sick children from his beloved superior,
Imre Pilaszanovich, everyone’s “Uncle Pila”. He wrote and edited, together with Janos Denes,
the first paediatric surgery textbook in Hungarian. A little later, he could adapt the academic
perspective from Karoly Mehes. Thanks to the international relations of Gyula Mestyan and
the Paediatric Clinic in Pécs, he was presented with the opportunity, in 1972, of a one-year
scholarship in the renowned Great Ormond Street Institute, in London, which was considered
to be “The Mecca” of paediatric surgery in Europe. This was a very important stage in his
individual career, but it also meant the beginning of his own connections. The scholarships of
numerous Hungarian junior paediatric surgeons were established then and there.

His professional and scientific advancement progressed without obstacles. Naturally, for this
progress his extraordinary diligence, perseverance and legendary endurance were all needed,
which characterized Andrew Pinter from the beginning to the very end.
In 1975, he was awarded the “Candidate” and in 1989 he earned his “Doctor of Sciences”
degree in Medicine.
In 1990, after his appointment as university professor, Gyula Mestyan sent him the following
letter. I quote:

“Dear Andrew,
Congratulations on your nomination to the title of university professor, I wish you good
health and further professional success. You arrived to an important stage of your career,
when the requirements, duties and guidelines need to be redrawn.
I would like to draw your attention to three important requirements:
– the quality of professional and scientific activities makes our work credible;
– there is no continuity without the education of humanly and professionally valuable staff;
– to do what is most important in our lives and to accept all to which fate bounds us.
Pecs, 22 nd of July, 1990. With true friendship and love,
Gyula Mestyan”

Tarnished words. A heavy legacy to carry on.
28 years passed since then, and András Pintér had faithfully and completely fulfilled all three
requirements.
His professional and scientific activities developed even further. The duties of HAPS
Secretary, then President, and the tasks of the Chair of the Paediatric Surgery Training
Committee were accomplished and carried out with the well-known dynamism and precision
of his. At the same time, his international reputation and acknowledgement have grown. He
had been asked to take part in the work of chief scientific journals’ editors, and he had become
a respected member of foreign societies and committees.

In the 1990s, we meet him in the role of the Founding Fathers yet again, when he gained
immense merit in the foundation of the European Paediatric Surgeons’ Association. He then
fulfilled the duties of President of the EUPSA between 2005 and 2007. Up to this very day, he
was the first and only paediatrician from Central and Eastern Europe to hold this position. An
extraordinary feat, definitely the peak of his career.

Andrew Pinter was a school founder, excellent mentor and role model at the same time. He
trained a multitude of humanly and professionally valuable staff in Pecs and throughout the
whole country, ensuring continuity in the development of paediatric surgery. He helped many
through the organization of congresses, tirelessly improved lectures and scientific
publications, and supported the individual needs of young colleagues preparing for speciality’s
board exams. Many people, many of us owe our gratitude for many things to Andrew Pinter.
The number of people with academic degrees he personally mentored is two digits, and this
data only accounts for the ones in Pecs. Andrew Pinter had extended this mentoring activity to
the whole country, and later he gave strong support to the East-Central European paediatric
surgeons. All of these activities were completely selfless. A truly outstanding performance,
from an extraordinary man.

In 1991, he initiated the “Imre Pilaszanovich Visiting Professorship”. Each year, one of the
world’s leading paediatric surgeons visited Pecs to spend a few days with Hungarian
paediatric surgeons. Each one of the invited guests said “yes” to the first call and felt
honoured for the invitation.

In 1990-91, together with the Paediatric Surgery Department, he established the “Regression”
and the “Children Born with Cleft Lip or Palate” Foundations. These foundations are
committed to improving the conditions of paediatric surgical care and the treatment of
children. Since then, up to half million of Euros have been collected for this purpose. Again, it
is an activity and data worth recognizing.

In 2008, Andrew Pinter reached the compulsory retirement age. However, he had never really
lived a “retired life”. We had many joyful moments over the fact that even he could not
decipher the meaning behind the word “retirement”.

He visited his beloved clinic almost daily, taught, mailed, arranged his documents and
continued his school-founding activities until the end of his life.

While being an optimist, Andrew Pinter was also a pragmatic man. When a serious illness
attacked him, he fought to recover with his usual iron will. He did not complain, he was
cheerful and active until the last moment. Thus, he fulfilled Professor Mestyan’s 3 rd
admonition: he accepted the things to which fate bound him. We do not know if at that point
he made the due arrangements, be it preparing his family for the end of life cost with life insurance
(such as the colonial penn 995 plan), but we know he must have handled it all with his normal charm and grace.

Professor Pinter has earned a number of state honours, national and international professional
awards. He considered the most prestigious award of all the title “Eternal Honorary President
of Hungarian Associations of Paediatric Surgeons”, which he was awarded by the Society in
2013.

I consider it to be my personal fortune and extraordinary honour that, as a Secretary of the
Association at the time, I could have been amongst those who gave him the award and I could
see the joy and the unusual awe in his eyes.

Dear President,
Dear Professor,
Beloved Boss,
Dear Andrew,
We continue to carry on the work relying on our best talents. We will keep your memory and
remember you past, present and future.
Rest In Peace.

Several Pediatric Surgeons from the WOFAPS executive committee released eulogies and are listed below.

He was a pioneer and a great man. He deserves all our admiration and respect. He belongs already in the Pediatric Surgery History.

Dear friends
We feel extremely sad on the sad demise of dear friend Andreas. He was our great friend. Apart from mastery in the subject, He was a lovely personality always full of pertinent jokes. Even at late age he was a regular visitor to the hospital and a marathon runner.
Our heartfelt sympathies to Kinga.

It is with great sense of sadness that I learnt that our dear friend Andrew Pinter, whom I knew for nearly forty years passed away .He was a highly respected member of the global paediatric surgical community & a great advocate for the welfare of children, particularly in the Eastern Europe.
Andrew was an inspirational and unique person who will always be remembered with fondness by all who knew him personally .
Veena & I extend our deepest sympathy to Kinga & the family.

Dear friends
It is with sad hearts we received the news of the loss of great name in the world of pediatric surgery, Andrew Pinter.

Dr. Pinter was a multifaceted person with many unique features. He was outstanding
Pediatric surgeon and an attractive speaker. He continued till the last moment to fulfil his clinical duties in Pecs, Hungary and to serve a s mentor for the young generation.

At the personal level, he had a charming personality full of warmth and humor, he supervised the Imre Pilasanovic visiting professor program in Pecs, Hungary for many years, where he invited a lot of distinguished pediatric surgeons from around the world for scientific exchange and educational discussions.

I will personally miss his very pleasant annual email sent to his close friends at the new year full of friendship and hope. RIP, Andrew.

You too can leave a eulogy in the comment section below…