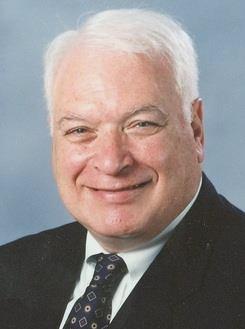 Prof Grosfeld, Jay as he was universally known, was recognized as an outstanding clinician and teacher, master surgeon and innovative scientific investigator. His contributions to children’s surgery and research were paralleled by a deep interest in medical education. He won numerous teaching awards, published more than 500 scientific articles, over 140 book chapters and 10 textbooks. He was Chairman of the American Board of Surgery, President of the World Federation of Associations of Paediatric Surgeons [WOFAPS] 1999 – 2001. He initiated the important ‘Kyoto Declaration of Pediatric Surgery’ of the WOFAPS while President, which clearly defined the minimal requirements for the surgical care of children. He also oversaw the establishment of the WOFAPS Foundation, as an important educational arm of the WOFAPS.

Jay Grosfeld was a giant in the world of Paediatric Surgery and through his endeavours in clinical practice, research and education he changed the lives of so many children. His presence in our community of pediatric surgeons around the world and within the WOFAPS will be sorely missed.

He is survived by his ever supportive wife of 56 years, Marge, 5 children and 17 grandchildren. All the WOFAPS Fellowship of pediatric surgeons mourn his passing and extend heartfelt condolences to Marge and all his family.