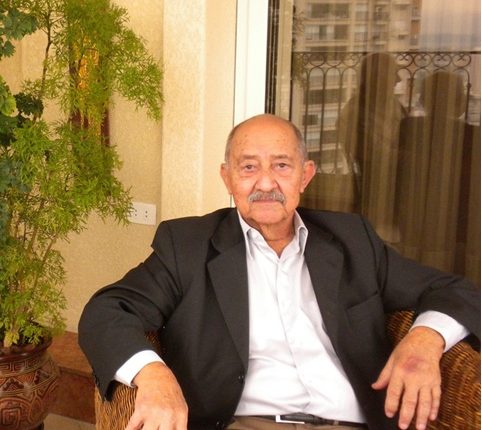 It is with great sadness that CIPE has been called upon to communicate the death of Prof. Dr. João Gilberto Maksoud on September 10, 2016.

He was born in June of 1937 in the city of Campo Grande, the venue of our next Brazilian Congress of Pediatric Surgery, the organization of which he will be the President of Honor, now in memoriam.

Early in life, Professor Maksoud and his family moved to São Paulo where he studied medicine at the University of São Paulo School of Medicine (FMUSP) and graduated from in 1962; in 1964, he participated in the founding of CIPE.

His career at FMUSP always developed brilliantly; he got his Doctorate in 1968 and became a Full Professor of the Faculty of Medicine in 1971 and Head Professor of Pediatric Surgery in 1984, assuming the position of Professor Virgílio Alves de Carvalho Pinto.

Dr. Maksoud participated in hundreds of congresses, scientific conferences and other medical events; he oriented dozens of theses and master’s dissertations, and his Medical Research Laboratory, located on the 4th floor of FMUSP, is a center for studies which have been published locally and abroad.

In 2005 he became an editorial consultant of The Journal of Pediatric Surgery.

Among the numerous prizes he received, a truly significant one was the Lifetime Achievement Award bestowed upon him by the World Federation of Associations of Pediatric Surgeons (WOFAPS) during the CIPE Golden Jubilee and the 40th anniversary held in São Paulo in 2014.

Professor Maksoud collaborated in the professional training of innumerous pediatric surgeons.  His disciples had very specific characteristics: we were all obliged to study metabolical care of the surgical patient, carry out pre-operatory preparation and post-operatory follow-up of patients, including nutritional support while always under the supervision of a professional who allowed no room for error.

His professional activity was always characterized by the pugnacity with which he defended his ideas and which, at times, caused him to be challenged; however, his obstinacy was absolutely fundamental in what would be the first pediatric liver transplant group in Brazil.

Dr. Maksoud was a man with a strong personality. Even those who strayed away over time will agree that he has left us all a huge legacy.

CIPE today is most certainly scientifically poorer with his loss.