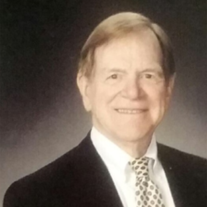 I am sad to share that we have lost APSA Founding Member and Past President Dr. E. Thomas Boles.

Dr. Boles completed a residency in general surgery at the Ohio State University, followed by pediatric surgery training under Dr. Robert E. Gross at the Boston Children’s Hospital. He then continued his career as a pediatric surgeon at Columbus—now Nationwide—Children’s Hospital. He was known as a meticulous surgical technician who exemplified the highest standards in patient care. From 1969, until his retirement in 1991, he served as chief of the Department of Pediatric Surgery, Columbus Children’s Hospital, directing the training of 22 pediatric surgery fellows. He was the director of the Division of Pediatric Surgery at the Ohio State University from 1972-1991.

Boles was a founding member of APSA: In 1969, he and Dr. Lucian Leape determined that pediatric surgery was sufficiently mature to have its own professional society. Within a year, they had organized a group of pediatric surgeons to create APSA. Boles served as president of APSA in 1977. Read his full obituary.

There will be a private family service. In lieu of flowers, the family suggests that those who wish may donate in Dr. Boles’ memory to Nationwide Children’s Hospital at P.O. Box 16810, Columbus, OH, 43216. You can share memories and condolences here.