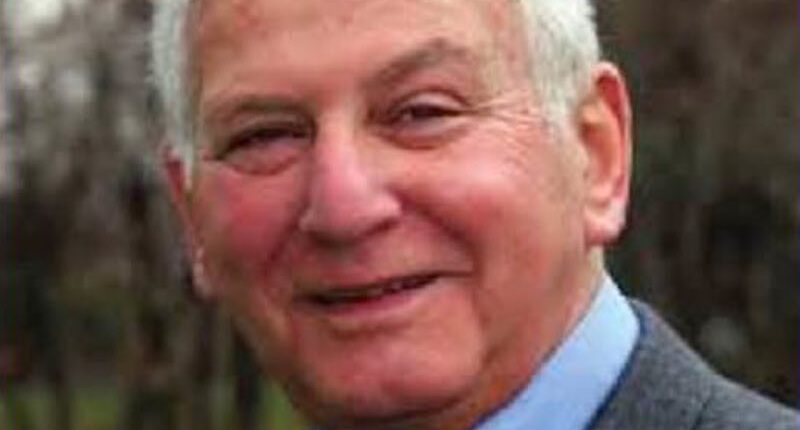 Frank M. Guttman, MD,FRCSC, a Canadian pediatric surgical pioneer, a founder of the Canadian Association of Paediatric Surgeons (CAPS), an icon of pediatric surgery at McGill, a healer of children, and a father figure and mentor to so many died peacefully in Toronto on August 26. While no one is indispensable, some are irreplaceable, and Frank was one of those few — a man who combined skill, acumen, compassion, kindness, and tenderness to change thousands of lives.

Frank Myron Guttman was born in Montreal on February 24, 1931, in an area of Outremont that he later called “a Jewish village”. From the age of ten, he was sure that he wanted to become a doctor, probably influenced by his “Uncle Harry,” Dr. Harry Bacal, his mother’s cousin and the family pediatrician. After primary school and a B.Sc. in Physiology with Honors from McGill University in 1952, he studied medicine in Geneva, Switzerland because at the time there still was a quota for Jews at McGill. Since his wife Herta was a year behind him in medical school, after graduating in 1957, Dr. Guttman did a year of internal medicine training at the University Hospital in Geneva. The couple then returned to Montreal, where Frank embarked on his surgical training at the Jewish General Hospital. There, he was inspired by the Surgeon-in-Chief, Dr. Israel Shragovitch, another CAPS founder. After further training at the Queen Mary Hospital and a year abroad at the Hadassah Hebrew University in Jerusalem, he again returnedto Montreal to start his pediatric surgical career as a fellow at Sainte Justine Hospital. He remained on staff at Sainte Justine for 17 years, until he joined the faculty at McGill University and The Montreal Children’s Hospital. In 1981, he was appointed Professor of Surgery at McGill, head of pediatric surgery at the Children’s, and Director of the McGill Pediatric Surgery training program, Canada’s first. He was a surgical pioneer, performing the first successfulpediatric liver transplant in Quebec, defining a new syndrome of multiple intestinal atresias,and always open to the latest developments in the field.

Dr Guttman continued as Division Director until his retirement in 1996. During his tenure he inspired numerous students and residents to dedicate their career to pediatric surgery. When he retired in 1996, a visiting professorship was created in his name to honor his legacy. On the plaque listing all the visiting professors, an engraving mentions some of his qualities and achievements:

“More than a clinician, he is a warm individual who was always appreciated by his patients, their families and his colleagues. He is a dedicated researcher and leader in the field of organ preservation, cryopreservation and transplantation. These activities earned him international recognition and he developed strong ties with pediatric surgeons on every continent. Above all, he is a great teacher who has molded with a fatherly approach a generation of pediatric surgeons. This event is a tribute to Dr Guttman’s contributions and the spirit of friendship that he fostered.”

On the 20th anniversay of the program, the Frank Guttman Visiting Professorship in Pediatric Surgery became the highest endowed program of its kind at the Montreal Children’s.

This fatherly approach towards his students, residents and fellows was famous. When speaking to one of us he would often touch our shoulder or even pinch our cheeks while smiling. He was also a “citizen of the world”, open to other cultures and religions, treating everyone as his equal. He always listened carefully during any conversation, whatever the topic, and always respected others whose opinions differed from his.

After his retirement from medicine, Dr. Guttman started a second career as a historian, nurturing an interest he had for decades. He obtained a Master of Art in History from McGill in 2002. He presented five papers at national historical meetings and published four books, including the biography, Télesphore-Damien Bouchard: The Devil from Saint-Hyacinthe, published in 2007 in English and in French by Éditions Hurtubise in 2013. His annual historical presentations on the host city of each CAPS meeting were highly anticipated. A hopeful believer in peace between Israel and Palestine, Dr. Guttman helped to establish the Montreal Chapter of Friends of Peace Now in 1982 and was its National Co-president for 23 years.

For 64 years, Dr. Guttman was married to Dr. Herta Anne Guttman (Hofmann), who predeceased him by 2 yeas. A psychiatrist whose career he always supported. Dr. Herta Guttman was the first female Director of Montreal’s world renown Allen Memorial Institute at the Royal Victoria Hospital. They had 2 daughters and 4 grandchildren. Dr. Guttman always kept a very balanced life, being an avid skier and tennis player. Even as division director and program director in the 1980’s and 90’s, he would take off on Wednesday afternoons in the winter to join what he called the “Southern Laurentian Surgical Society” …otherwise known as skiing at St-Sauveur, 45 minutes north of Montreal, where the family had a beautiful lakeside cottage.

For many years he also hosted the Montreal Children’s “Surgery Ski Day” in February. After he retired he loved to tell us about his “Over The Hill Gang”, with whom he would ski for a week in Vail every December until his late 70’s. In addition to skiing and history, Dr. Guttman also had a passion for travel and music. With his wife, he traveled all over the world, documenting his trips with another interest: photography. His interest in music led him to begin playing the recorder as an adult, taking lessons and practicing with an ensemble.

Rest in peace, Frank. We will forever miss you, and we will never forget you.